Fear of AI – how much did we humanize robots?

Robot-Recruiting - Why humanization of Robos is frightening

According to the study “Sex, Lies and A.I”, around 4 out of 10 Germans feel negative feelings such as fear, mistrust and skepticism as AI develops. In addition, there is the fear that a robo might take over their own workplace. Where do these fears come from? How much do robots become humanized with AI and how much human being is in the machine?

Robots with AI - Between Fact, Mind Game and Future Vision

Little Paul wants to be a recruiter later on. Therefore, he is already told today what he has to do and when and how to behave in this and that situation. IF THIS, THEN THAT – just one of many principles Paul must learn. The good thing about Paul is – he always does what he’s told!

Paul is a budding robot recruiter with AI.

There is still great scepticism about robots, but where does the fear of AI actually come from? It is an interplay of fascination and suspicion. Some people can’t even imagine what an Artificial Intelligence is, what it can or will still be able to do.

The fear is particularly strong that machines will be superior to us or, as in the current science fiction series drama Westworld, that robots will develop consciousness and humans will lose control of their own work.

At this point it is mainly a matter of perception, humanization and ultimately also of understanding robots and how they work.

The fear is generated by:

Man and machine - a question of perspective

Humans perform movements and actions with electrical impulses that jump from nerve to nerve. Machines also use electrical impulses, but that doesn’t make them human. In fact, everything a man creates is a human work of his psyche and his mind.

A drawn image – is a human work,

a written book – is a human work …

So the robots can only be as good as we created them. A machine acts unrestrictedly objectively and logically and above all in the way it was programmed. The logic of the machine is based on the logic of the programmer, who is currently human. As a result, there is also man in the machine.

However, too much humanization creates fear and mistrust. This can also be seen on a visual level. The robot Pepper is an example of a real AI sympathizer. Although it has optical human traits, it can clearly be recognised as a robot and, at 1.20 metres tall, looks more like a cute child and thus less threatening.

In return, however, there is also the representation of machines as a human replacement. The enormous similarity to humans seems considerably more intimidating and to a certain extent also quickly threatening. Here the robot is absolutely equal, if not superior.

What is much more important for robots than their appearance is their inner values. We want to keep control of the AI. As already stated, the machine are only as good as their creator. The intelligence of an AI should above all be within a certain range that is not exceeded. Of course, the AI works faster, more objectively and more effectively than a human being, but it only does so because it has been told.

In addition, often only one-dimensional classification machines are built. A machine that functions like a human being (senses as input – authentic human behavior as output) is currently difficult to achieve with Machine Learning. Perceptions can be categorized and linked in order to make more complex decisions. However, this requires an unimaginably large set of data in order to allow a machine to act in a human-like manner to some extent.

An example of this – even Amazon Alexa has not yet managed to appear in the slightest human-like way, although it only has to cover one dimension of perception. Basic researchers are not even sure whether Machine Learning can ever understand human intelligence in a meaningful way.

A future with the AI

Maybe someday we’ll shake hands with a robot at an interview. Automation and digitization are part of the development of human society. The question is only how far we go, how far we can go and when / how AI can also be abused. The concerns should therefore be less for the AI, but more for its human developers. The machines can do little for the human mind that programmed them.

Robots with AI – it depends on what we make of them!

2 thoughts on “Fear of AI – how much did we humanize robots?” 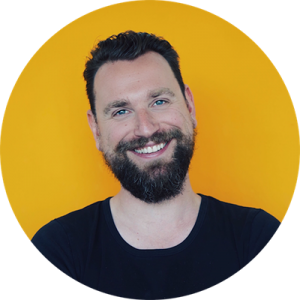